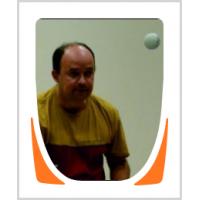 One of our PingSkillers, Simeon Papazov, had the opportunity to get to the Bulgarian Open this year.  He has shared his experiences with us.

·        Completely different experience is being there for a 1 hour live match vs just watching a 10 min youtube summary. Even my wife who was thinking this was a boring sport for elderly men pretending to practice enjoyed it a lot.

·        I can only guess how the players feel. Mental stability is extremely important. The Bulgarian audience for example supported Samsonov and he did manage to win 2 games but Harimoto won. Matsudaira played extremely well until the half of the 5 game and I felt he just broke. In the 6th game he lost his first two serves and wanted a time out. After that his body language was basically showing that he gave up.

·        Harimoto is very famous with the younger generation but may be their fathers were more vocal while supporting Samsonov. Probably due to the audience after the match Harimoto basically ignored his fans who were mainly children waiting for him and gave no autographs. May be he wanted to keep his concentration etc but in the local culture this is considered as a rude behavior. I know that you like him shouting after each point. I don’t. But I see that he is a great player and I am sure he will progress further. Ma Long was completely on the opposite – his walk in the city center was just too long as everybody was having a photo with him.

·        Importance of serve. Ding Ning changed her serve and that brought lots of results for her during the final. But the referee had some concerns with her not tossing it correctly even during the previous matches (I mean a point in the match against Ishikawa).

·        And a tribute to Xu Xin. Who mentioned Ma Long when during the award ceremony.

Thanks Simeon for sharing your thoughts.  If any other PingSkillers have experiences to share let us know.

Can you make a video how to make a forward backhand topspin.

Take a look at this one on the Backhand Topspin Against Block.  Is that what you are looking for?

Hello Rosario sir .Good day to you. Please make a video on how to read service spins and how to return smashes. Big fan of ya'!?

We have the section on Serving and Receiving that is dedicated to how to return spins and generate spins.  Take a good look through that and see what is available.

To return smashes the best way is to step away from the table and try to Lob the ball.  Take a look at the tutorial on the Lob.  Then look a this one on I Can't Return That Smash! for another take on the problem.